The Leafshack idea started just prior to the 2003-04 Leafs playoff series. I wanted to celebrate being in the playoffs with all my friends for the first time in years but my house was too small. To my wife’s dismay, I got an idea of putting our very heavy CRT television in our front window and facing it out to the front of our house.

The playoffs usually start in April when the early spring weather in Toronto is cold, wet and windy. Perfect for an outdoor hockey event but we had to figure out a way to protect our potential guests from these elements.

We had a tarp from our camping days so I rigged up a kind of shelter or “shack”. It was rudimentary, to say the least. People actually came. We had between 20-40 people a game. I invited the local news and got my kids interviewed on TV.

We tried to stay warm and dry with our Chiminea vented outside the tarp. It worked without mishap except for one melted shoe. For one of the games, we decided to use our tent trailer and carried the heavy TV out to the camper and turned it around to face outside. I took down the plastic window of the camper and put up the awning and added the tarp. The original “Leafshack” was born. I actually painted the name on the door of the camper. The original Leafshack is presently resting up at an original Leafshack Alumni’s cottage waiting for its return to the Stanley Cup finals.

I took a few years off from the Leafshack not by choice. The Leafs gave me a break for about 9 years. In the 2012-13 playoffs the Leafshack moved to the backyard where I put up a tarp (20’x30’) covering most of the backyard. I also borrowed the neighbours’ projector, made my own big screen out of a canvas drop cloth and built a frame and used my Yamaha outdoor speakers. The official Leafshack banner was created at that time. Again canvas drop sheet ( 5’x15’). The wind loves that banner. The tarp setup worked quite well barring the odd torn grommet. We averaged about 40 people a game with about 60- 70 for game 7, which we don’t talk about anymore.

The next Leaf playoffs were in 2016-17. The Leafs were not expected to make the playoffs that year but barely made it in by winning the second last game of the season which only gave me 3 days to set up. I had made a structure/frame out of metal electrical tubing which I created for my retirement party, the tarp is now 30’x60’. Huge! I used the same setup for the Leafshack. My daughters helped so we made it in time. It again worked well but had some pooling during some heavy rains during the day.

It was a very busy playoffs with many local news stations interviewing people but my favourite was my daughters Sarah and Jessica were on TV again. My wife was hiding in the house. Lol. Camera shy.

We had about 30-60 people every game and a different group every time and many people whom I had never met before. Some days more kids (weekends) and some days more adults. It became quite the party place especially after the game (daughters friends) with beer pong. Many late nights. We were all exhausted after that series. Can’t imagine if the Leafs ever go deep into the playoffs. Pace myself I guess.

The 2017-18 playoffs start in about 1 week. The Leafs have had a really good year and made the playoffs about a week ago. I am trying a different method with the tarp, a basic tent method. I put up a central line from the back of the yard and graciously attached one end to the neighbours house with the other end attached to our house. Both attachments are about 20-25 high. I sporadically attached the sides to the bottom of the fence to stop it from blowing around. I left it overnight and the next morning and was doing errands during the afternoon. I came back to find it on the ground covering the whole backyard. An omen I think because there has been a high wind warning (gusts up to 90 km/hr) ever since. My wife was right again. Wait until next week. I look forward to exciting playoffs with our young stars. 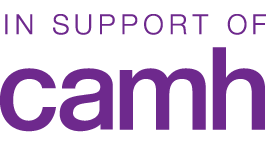